Pan-Clan
*****Please note that your Username will be your 1st name and your last name
Password will remain as you set it.*****
Pan-Clan
Would you like to react to this message? Create an account in a few clicks or log in to continue.

Wouldn't it be nice if Members of the Pan-Clan could discuss topics between themselves. These topics might be items that could bear on the Constitution of the club, or simply topics of general interest. Members could exchange views; know what was going on; and committee members could enter the discussions as themselves (a member) rather than as a Committee post. Proposals or Motions for the AGM could be sharpened, and given suggestions for correction. All interested parties would know what was going on, and would also know what recommendations were planned for the AGM before such items appeared as completed projects.

We can do that now can't we? Although very few of the members seem to post anything (me included)

Yes I thought so too, forum does mean "open discussion or debate. perhaps Tim could elaborate

Indeed, any topic can be raised - although the moderators reserve the right to, well, moderate, if the topic is not relevant or getting too off topic (Pan-Clan and related is what they should be about).

However, it should not be in this Public area of the forum (General Chat), but in the Members Chat section. The committee has been asked to set up a specific section for the Constitution, and that will probably sit in the Members Chat area. But a thread on any topic that might prove interesting and stimulating to members that is not covered in any of the other sections can be started without waiting for specific sub-section to be established. 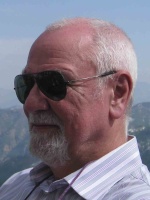 Yes, I was thinking that the Section would be set up in the Members only area, with a section covering:-

An example of the former might be "How are the Committee posts currently voted-in (elected)". I believe we do this as a motion at the AGM, which is perfectly OK by me, but the Constitution says 6.1 "All Committee members shall be elected by a majority of members elegible to vote by postal ballot" - So which is to be agreed is right?

If the Club were to periodically review the Constitution, then members could add their opinions to each constitutional section, and the proposer whould have the opinions of the members before the document was formally drawn up as a Motion for the AGM.

All in all, I think this would help members know what was "in the wings" prior to the AGM; get better Motions, by explaning why they should be adopted; and avoid some of the errors and confusion arising because different people had different opinions about what the words actually meant.

For others - who just want to ride their bikes - this does nothing to stop them!

There is already a Members chat page in order to discuss anything you like that's member related, however I have created a Constitution Chat which is now a separate section under Member's chat.

timmygore wrote:
An example of the former might be "How are the Committee posts currently voted-in (elected)". I believe we do this as a motion at the AGM, which is perfectly OK by me, but the Constitution says 6.1 "All Committee members shall be elected by a majority of members elegible to vote by postal ballot" - So which is to be agreed is right?

If there is more than one nomination for a position, then there is a vote as per the constitution. If there is only one candidate (or more commonly - none) then there is nothing to vote on. A single candidate goes through "on the nod", if there is no candidate the Committee have the power to co-opt. The cost of a postal vote, if held, will be in the order of £400 in postage, if we send a stamped envelope, hence we don't hold a postal vote if there are no choices.